What's Happening to the ACT?

This past weekend, students across the US took the ACT (though notably not in New York, where the February ACT isn't offered). Many of those students prepared diligently for the test, sitting for practice exams, using prep programs like MTP's web-based app, taking prep courses, and working with tutors. What some of these students saw on test day, however, surprised them. After the test, the students reported seeing paired passages on the Reading section, as well as only six passages on the Science section. Where did these changes come from, and what do they mean for students who plan to take the ACT in the future?

It used to be that the ACT Reading section consisted of four passages of approximately equal length. Each passage would be paired with ten questions concerning main ideas, inference, author's intent, and details of the text. But starting in mid-2014, a new phenomenon arose: paired passages. Since at least June 2014, the ACT began taking one of the four passages in the section and replacing it with two topically related mini-passages. The questions corresponding to these passages are split into three groups: one set that applies only to the first passage, one set that applies only to the second passage, and a final set that requires integrating information from both of the passages.

To students familiar with the SAT, this was unremarkable: the SAT has been featuring paired passages for decades. But for students accustomed to the ACT, which has existed more or less in its current form since at least the late 1990s, this was a surprise. It is true that the ACT has featured a single paired reading passage sample on its site for some time, but until the administration of the June 2014 exam, this had been the only hint that the new structure might appear on the real thing: no other released test or official ACT prep book suggested a move to paired passages.

Since the June exam, paired passages have shown up in the Reading sections of at least the December 2014 and February 2015 exams. It is thus fair to say that paired passages are officially a "thing" on the ACT. Students should know that there are still 40 questions on the Reading section, but should expect to moderate their pace accordingly when dealing with two mini-passages.

Until early this month, the ACT Science section featured 40 questions split across 7 passages. This changed on the test's February administration. Students reported seeing only 6 passages, though the total number of questions remained the same as it has been. It also seems that the content was essentially the same as it had been prior to this exam; however, the slightly longer passages that resulted (i.e., there were more questions per passage) took many students by surprise.

Whether the number of Science section passages will stay at 6, return to 7, or switch between the two remains to be seen. While the February test will not be released by the ACT, the next two exams (April & June) are eligible for release under the ACT's Test Information Release policy; this means we'll be able to see for ourselves the long-term direction of the exam. 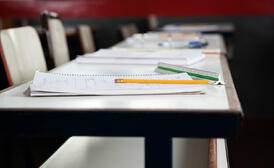 Is this fair? Where is this going?

Both are perfectly reasonable questions. Combined with the stress and pressure students experience when taking a standardized college admissions test, even small structural changes can throw students off. The introduction of paired Reading passages was hardly shouted from the mountaintops, and the 6-passage Science came entirely out of left field. What are we to make of all this?

In the words of the ACT itself, these alterations represent "innovation and continuous improvement without the need for radical change". Despite the apparent suddenness, it's likely that the ACT has extensively tested these changes in the field by using experimental sections (sometimes administered to students who take the ACT without the essay), alternate test forms, and other modes of research to ensure that, while new, the changes thus far do not reduce the validity of the more recent exams as compared to that of their formerly administered counterparts. Still, it's easy to understand the frustration students might experience when they see something noticeably different from what they saw while preparing.

As we march through 2015, students should do what they can to factor the already exposed changes into their prep, and should anticipate at least a few more minor changes on the way. They should practice with paired passages and adjust their pacing for the Reading and Science sections accordingly. Here's the bottom-line message to students: when you sit down for your next ACT and get to the Reading section, flip through and see if your test includes a split passage; when you get to the Science section, flip through and make sure you know how many passages there are. This way, there are fewer surprises in real time, and you can implement a plan for pacing that's right for the exam at hand.