What Would Henry David Do? Part 1

This Article is the first in a two-part series called "What Would Henry David Do?" It asks the reader to think about how someone like the famous literary giant Henry David Thoreau would handle modern technology and shows how internet technologies can simplify standardized test preparation.

The last work of literature I taught before leaving my teaching position to join the Method Test Prep team was Henry David Thoreau’s “Walden.” Thoreau was all about simplicity and this notion wasn’t hard for my sixteen year olds to understand.  They live in a world that to them can seem “simple,” especially when everything is easily accessible from the devices they carry around in their purses and pockets.Thoreau says of simplicity that

“An honest man has hardly need to count more than his ten fingers, or in extreme cases he may add his ten toes, and lump the rest. Simplicity, simplicity, simplicity! I say, let your affairs be as two or three, and not a hundred or a thousand; instead of a million count half a dozen, and keep your accounts on your thumb nail.”

“Okay, so are you ready for the magic?”

That’s what I would say to my kids when, in class, we’d be just about to see the connections—where I’d take a book or an author’s “lesson” and show them its relevance to their own lives. So, now I’m asking you, reader of a blog found on a site dedicated to preparing for the ACT or SAT, are you ready for the magic?

Can you see the intersection of Method Test Prep and Thoreau?  Bear with me, you will in a moment.

If Thoreau were a modern human—born and raised in the modern age—and still beholden to most of the tenets of Transcendentalism, how would he navigate the waters of the modern world—specifically when it comes to Internet-based technologies? It’s all conjecture, but let me take a stab.

It is arguable that Thoreau might be nostalgic for the bygone era of honest-to-goodness books.  Given his background as a surveyor, he might not trust a GPS. He might be the type of guy who says “Now, I understand the benefits of a touchscreen, but I really prefer an old fashioned keyboard.”

Seriously, “old-fashioned keyboard.”  I just wrote that! You might even make a case that Thoreau would have been a Luddite of the highest order. Perhaps he would have shunned all modern conveniences and, just like he did in the 1840s, the 2015 incarnation would go to the woods to live a bit more deliberately. If not the woods, perhaps he would build a tiny house in his friend’s backyard—perhaps the 2015 incarnation of Ralph Waldo Emerson.

I would disagree, though, with that notion.  I see a modern day Thoreau as enjoying nature as a place of refuge, but not as a place to live.  After all, Thoreau did not stay there long-term; it was an experiment more than anything else.  Thoreau was concerned with recuperation—and, specifically, recuperation through writing.  He craved a place without distraction that would allow him uninterrupted moments of writing.

In my mind, the modern-day Thoreau would not go to the trouble of physically leaving civilization (something he never really did anyway, seeing as he was only a mile away from town while in the Walden cabin);  no, Thoreau would have sooner went to his local independent coffee shop, put on a low-profile pair of noise canceling headphones, powered on his iPad, sought out his favorite album from his iTunes collection—no doubt, The King is Dead by the Decemberists, and, on a compact blue tooth keyboard, he would begin to write.

All the other customers would fade into the distance. Though surrounded by commerce, socialization, and brewing coffee, he would be there all by himself, alone with his thoughts and his writing, inspired by the music of his life.

"Are you starting to see the correlation between Method Test Prep and Thoreau?" You will after reading "What Would Henry David Do? Part 2." 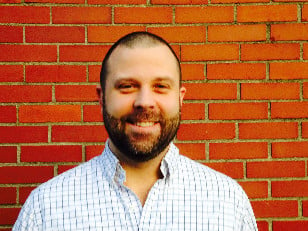 Mike just joined Method Test Prep in January 2015. He comes to MTP after nearly 15 years of teaching English in secondary schools around the country where he was an advocate for the incorporation of innovative technologies in the classroom setting.