Test Tip Tuesday: How Hamlet can Help Students on the ACT and SAT

My liege, and madam, to expostulate

What majesty should be, what duty is,

Why day is day, night night, and time is time,

Were nothing but to waste night, day and time.

Therefore, since brevity is the soul of wit,

And tediousness the limbs and outward flourishes,

I will be brief: your noble son is mad.

No, students do not need to study Shakespeare to succeed on the ACT or SAT. However, buried within Polonius’s dialogue from the second act of Hamlet is the essence of an extremely useful strategy for the ACT English Section and the SAT Writing and Language Section: “Brevity is the soul of wit”. Although it is played for humor in the midst of his meandering speech, Polonius is essentially stating that the best way to express one’s ideas is to keep them short and sweet.

Although most questions on the English or Writing and Language sections of the exams will focus on grammar, many questions will instead test students on their ability to clearly and effectively express the ideas presented through structure and rhetoric. In such cases, it is often wise for student’s to take Polonius’s advice to heart. Consider the following examples.

The investigator determined that the case should be reopened as a result of the fact that the DNA evidence had been compromised prior to the trial.


None of these choices are grammatically incorrect; instead, the goal of this question is to choose the answer choice that presents the information in the sentence as clearly and concisely as possible. As such, it is likely best to start with the answer that is most concise and determine if any relevant information is lost. In this example, choice C is correct simply because it communicates the same information as the other choices in fewer words.

Environmentalists predict that the rare and uncommon species could be returned back to the wild, restoring its population.


The above example highlights another aspect of concision: redundancy. Many students will immediately recognize that the words “rare” and “uncommon” are redundant and eliminate choices A and C. However, many of those same students might not recognize that the colloquial phrase “returned back” is also redundant -- to return means to go back, come back, send back, etc. By beginning with the shortest answer choice, students can question the value of any additional words in the other choices rather than relying on “what sounds best”. In this example, choice B is the correct answer because it is able to express the same idea as the other choices in a more efficient manner.

The researchers, hailing from across the country, hypothesized that genetics may play a larger role in athletic development than previously thought. Specifically, they believed that the gene ACTN3 which encodes a protein found within fast-twitch muscle fibers might be able to predict superior athletic growth in groups of untrained individuals.


This question might appear somewhat tricky to students; is it testing grammar or rhetoric? When answer choices reposition clauses within a sentence it can often be a sign of grammar errors such as misplaced or dangling modifiers or errors in punctuation. Instead of reviewing each of these possibilities, it may be more efficient for students to begin by checking the most concise option. Choice C eliminates the information about where the researchers come from, begging the question, “is that information relevant?” In this case, it is not: the information about the geographic origins of the researchers does not help further the paragraph’s main idea. Therefore, choice C must be correct.

None of this is to say that the shortest answer is always correct. Sometimes the shortest answer may create grammatical inconsistencies or exclude information necessary in the context of the passage. The only way to ensure the answer is correct is by understanding the rules and structure of grammar. However, Polonius’s statement rings true more often than not on the exams; the addition of words or phrases nearly always requires more justification than it takes to shorten a sentence. 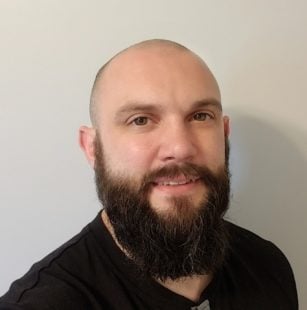