Proctoring: Tales from the front lines

Several of my tutor colleagues at Method Test Prep sat for the May 7th SAT at high schools across Long Island.  Having not taken the SAT myself in over a quarter century, but having administered it to hundreds of students as Method Test Prep’s office manager, I was eager for their take on the new SAT.

“So, how was it?”  I asked my colleagues the following Monday morning. 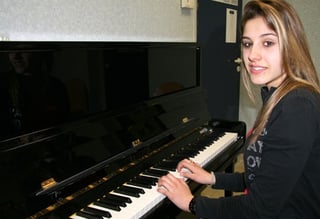 “The test itself went well, however...from the room next to me, it sounded like a student was taking piano lessons,” one colleague explained to me.

“Really?  During the SAT?  Didn’t they know students were taking an important test? Did the proctor do anything about it?” I inquired, surprised to hear a budding Elton John was practicing the piano next to students trying to concentrate.

“Not really. Mind you, she sounded good, so I personally didn’t mind, but I know some of the other students were distracted,” my colleague went on to explain.

I couldn’t believe it.  Yet that was just the beginning. Throughout the day, that wasn’t the only tale of...interesting testing conditions...my colleagues had to tell me that Monday. One tutor taking the SAT noted his proctor had a conversation with another proctor at top volume during testing! Another ate loudly at the front desk. At yet another school, furniture was being moved, as loud as can be, on the floor above the classroom where students were taking their tests.

“Wow, these stories makes me feel better about the practice tests we give!” I expressed.

Ever since joining the MTP team last summer, my primary responsibility has been to proctor our weekend SATs and ACTs.  I’ve even dubbed myself “Director of Proctoring Services”!  I happen to take this responsibility very seriously.  I proctor the practice tests we hold at our Plainview, NY center every weekend, and manage the proctor that administers the practice tests we hold simultaneously at our Mineola, NY center. I see to it that our students take actual past ACTs and SATs under actual testing conditions.  Practice tests are the single best way for a student to gauge how they are progressing in their preparation for the actual test, so a great deal goes into making sure they go smoothly at our centers.

What does proctoring entail, you might ask?  Doesn’t that mean I just sit in a room and watch a clock and time sections and play on my iPhone?  Well, not exactly. A fair amount of...pardon the term….prep….goes into proctoring a practice test.  Setting up the classroom, re-setting it for the next practice test, printing, grading...every aspect of a practice test a student takes with us is vital.  While I might not always sit in the classroom when students take a test (an office manager’s work is never done), I ensure that the practice test environment is clean, quiet, and with as few distractions from the outside world as possible.  I do not move furniture, I do not play piano, and I do not have conversations in the classroom!

That being said, I don’t always get that “distractions from the outside world” part right. While I can control the environment in the practice test classroom, I can’t always control the environment outside the practice test classroom, try as I might.  Students forget to turn off their cell phones and receive calls;  car horns honk outside; a tutor in the next room is perhaps more enthusiastic than he or she should be; construction; the landscaping company...the possibilities are endless!  Tests are misprinted on occasion; a student has seen the test––or portions of a test––previously (despite our diligent efforts to have them confirm they have not seen a particular test, students may misremember, or our records may be incomplete);  a parent has a loud argument outside our front door on a cell phone, on speaker.  You get the idea.  It’s New York after all––anything can happen.

My point?  Proctoring means you need to be ready for anything and everything, and with a smile on your face!  You need to think on your feet, be unflappable, and expect the unexpected.

This is as true for the student as it is for the proctor.  Distractions will happen during the test, whether the test is a practice run or the real thing: prepare for them, expect them, and do your best not to let them throw you off. You’ll find that life is full of “distractions from the outside world.”

How can you as a student overcome those distractions on the actual SAT or ACT?

Dan hails from Brooklyn, NY and graduated with a BA in American History from Brooklyn College. After 13 years as a Museum Curator, he transitioned to the office administration industry and hasn’t looked back. It’s been 25 years since Dan took the SAT (he got 1,000) so joining the Method test prep team is like coming full circle in many ways. He's looking forward to helping many students raise their scores! In his spare time Dan plays drums, volunteers for animal rescue groups, and spends time with his girlfriend and two cats.