As you know, in March the College Board began using a new version of the SAT. As we’ve noted in previous blog posts, the test is significantly different from the previous version and is scored on a totally different scale. Many students, however, will have taken both versions when they apply to college, and admissions departments, high schools, students and parents will need to be able to convert scores from one scale to the other. Fortunately the College Board has just released a converter to compare scores from the old SAT to the redesigned SAT and vice

versa along with an SAT to ACT score converter.

Method Test Prep will do a thorough analysis of these concordances in an upcoming blog post, but our preliminary review indicates that it is reasonable to expect that the "average" scores on the new SAT will be somewhat higher than they were on the previous version. We tested this by seeing what the old average score would be on the new test. In 2015, the national mean scores were 500 for Critical Reading; 510 for Math; and 480 for Writing (1010 CR+M). On the new test scale that would result in a 550 for Evidence Based Reading and Writing and a 540 for Math, or an 80 point "increase".

Students should run their own scores through the converter; it’s very simple to use and the results are calculated quickly.  Students can also use this tool to convert ACT scores, but the process is somewhat inexact, because now instead of trying to compare two totally different tests (with totally different scales) you now have to compare three: one must convert a score to the old SAT score before it is possible to compare it to the ACT scale.

To get a basic idea of how the scores compare, please look at the chart below. As you can see, most scores will appear “higher” on the new SAT than they did on the old version. This doesn’t mean that a student will have done “better” on the new test; it is simply scaled differently.

If you have questions about how to interpret test scores, or want help in raising your scores further, please give Method Test Prep a call. 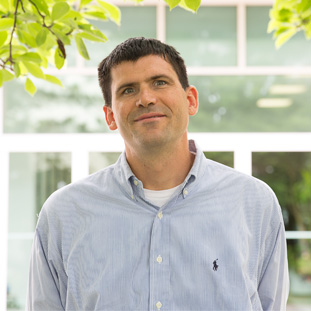 Tom graduated from Princeton University and completed Princeton’s Teacher Preparation Program. Early on, he developed a passion for learning which led to the inception of Method Test Prep. Running this small business allowed Tom to really focus on each student's needs and spend countless hours tutoring with the belief that all students have the ability to succeed.