Growth Mindset: Don’t Praise a Child That He or She is “Smart”

“So-and-so is so smart!” It's a statement parents and teachers often make; parents commend their children for their good grades, and praise them for being bright. 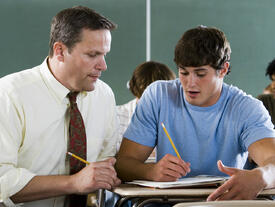 Is this praise really the right avenue, though? Is just “being smart” a goal, or is there more to it? Read on to learn the behaviors and choices more worthy of praise than simply “being smart.”

Four ways to praise children instead of telling them they are smart:

Praise them for working hard

People who have been told they are smart can begin to rely solely on their intelligence to master learning objectives instead of devoting time and attention to achieving their goals. A study conducted by renowned psychologist Carol Dweck showed that students who were praised for their effort ended up scoring 30% higher on future exams than those praised for their intelligence.  Parents who express approval for hard work and effort affect their children's attitudes in a more positive way than those who simply offer praise for being smart.

Give kudos for creativity

Children who are encouraged to think and act creatively are more likely to follow their passions than those who are applauded for being smart. Being praised for creativity empowers them to pursue ideas outside the boundaries traditionally considered as “smart-people work.” By thinking differently or pursuing a path that is outside the norm, children can set their own barometers of success. 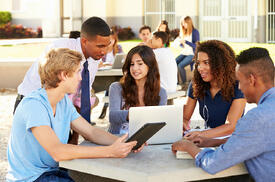 One unfortunate outcome of children who believe they are naturally intelligent is that they fear failure, as a misstep could shake their confidence and make them feel like they are not as intelligent. It is imperative to show admiration for a child's decision to undertake difficult goals. Honors classes, challenging subjects, or any task or project that falls outside a student's comfort zone are all examples of such endeavors. Even if he or she fails, a child will learn and grow from the experience.

Imagine if Michelangelo gave up on the Sistine Chapel after a few years in because it was too difficult to complete. People who exhibit a never-give-up attitude can accomplish great feats, so it's critical that children who demonstrate tenacity be commended for their perseverance. It will serve them in life well beyond their studies.

“You are so smart” may seem like a positive comment, but, in reality, there are other words of praise that will ingrain a much more valuable, productive attitude in a student. By instilling a strong work ethic, sense of enterprise, and creativity into a child's personality, he or she will possess a stronger chance of being successful in school in particular and in life in general.