The debate over whether and how much schools should focus on the ACT and SAT has raged for years, and isn’t likely to abate. Over the past two decades, we have seen from schools both robust enthusiasm for and intransigent resistance toward supporting student success in college admissions testing.

On many occasions, we’ve had our pitches to various school personnel immediately clipped with the response, “We don’t believe ACT or SAT prep belongs in our school.” There will always be a contingent that believes the job of a school is to teach its state’s curriculum, and that the school lacks sufficient time and resources to help students with ancillary concerns. In recent years, however, there has been a noticeable shift in openness, as an increasing number of states are viewing ACT or SAT scores as yardsticks for measuring their schools’ achievement. Using the ACT and SAT as benchmarks makes sense––the exams are national in scope, and thus provide a much broader picture of student performance against that of other students around the country. This is coupled with the fact that most test takers have a vested interest in doing well: good standardized test scores will better their college applications and potentially earn them scholarship money. This level of student motivation means that the ACT and SAT stand in stark contrast to state-run proficiency exams, from which students derive little incentive to perform at their best. Using nationally administered exams also vastly reduces inefficiencies and inconsistencies inherent in state-based testing.

Of late, it has become more common for school administrators to tell us that they need to find a smart way to help motivate students to prepare, all in efforts to reap the rewards that come with good ACT or SAT scores. Agree with it or not, the groundswell of support for the ACT and SAT has an undeniable momentum. Standardized testing will always have its detractors, but in recent years, those voices do seem to be diminished, especially as the ACT and College Board make legitimate efforts to improve their tests, with notable results. The ACT and SAT have long been a major part of the college-going process, but in recent years both organizations have legitimately committed themselves to being more a part of mainstream education. Through the re-engineering of their tests and the securing of statewide contracts, they have come a long way in accomplishing this goal. State education systems have taken notice and adjusted accordingly, many by adopting the ACT and SAT as exit exams for graduation and paying for students to take them.

One of the major concerns we hear from client schools is that their students aren’t using the online ACT and SAT prep program as frequently as the school desires. My immediate response is to gather information: “What are you doing at the school on a daily basis to motivate the students to use the program?” There was a time not long ago when the mere delivery of material via computer would be intriguing enough to warrant some curiosity and use, regardless of subject matter. But today’s students are exponentially more connected––for them, technology is no longer a treat, but the norm. These students are thus not likely to fall prey to such simple rewards. Schools need to get creative in the ways they tap into student motivation, and to properly inform students that, with a little bit of hard work on the tools they already have access to, life-changing rewards await.


Rankin County Public School District, a Mississippi-based Method Test Prep subscriber, has taken this message to heart and run with it. Rankin decided to make a collective push toward great ACT scores, motivating students with the opportunities the high marks would open up for them. RCSD College and Career Ready Prep Coordinator Montgomery Hinton shared with us that administrators have increased visibility in all of the district’s high schools with the adoption of the “30+ Club,” which distinguishes each student who scores a 30 or higher on the ACT with a poster prominently displayed in the hallway (see this article and short video for more). Rankin educators have clearly tapped into something special––compared to the typical percentages of 30+ scorers in high schools in Mississippi and across the nation, Rankin statistics show that the district’s students account for a disproportionately high number of 30+ ACT scores. Rankin students have also secured tens of thousands of dollars in scholarships and awards, making higher education not only possible but actually affordable (or even free!) for many who otherwise may not have had the opportunity to pursue college.

We’d like to take a moment to recognize the amazing work that Mr. Hinton, the teachers, administrators, and students in Rankin County Public Schools have put towards this effort. All of us at Method Test Prep are incredibly excited to see these results: this is the stuff that gets us out of bed and working hard each and every day. We are proud that our proud that our program has played even a small part in the process. We look forward to continued success, and to helping many more students realize their post-high school dreams!

If you or your school district has a story you’d like to share with us we would love to hear it. Please drop an email to support@methodtestprep.com––maybe you’ll find your school or district highlighted in a future post! 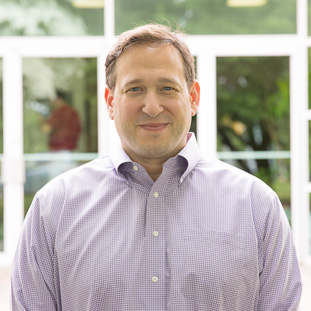 Bryan is the product manager and VP of operations at Method Test Prep. He plays a major role at Method by overseeing all support as well as designing and developing Method’s online platform. Bryan graduated with a BA in Political Science from the University of Michigan.