Why colleges and universities definitely won’t be “superscoring” current and New SAT scores.

A consumer review magazine specializing in automobile reviews evaluates the 2015 Model X using a scoring scale from 200 to 800, 800 being the best. He gives the car a 600 for design, 700 for handling, and 530 for engine performance. Then, the 2016 Model comes out, and the reviewer takes another look, this time giving only two scores on the 200-to-800 scale, as per his magazine’s updated rating system: one for design and a combined score for handling and engine performance. The sleekness and features of the Model X 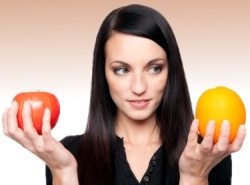 have improved markedly in the 2016, so the reviewer gives the car a 670. Unfortunately, the automaker has slipped on handling and performance, so the reviewer assigns a 450 for that score. Once those scores are published, the automaker contacts the reviewer and asks, “Do you think we can write an overall review for the Model X, using the higher numbers you gave it for handling on the 2015, and the higher numbers you gave it for design on the 2016?

That doesn’t make much sense, does it?

RUN WITH THAT LOGIC

The same reasoning can be applied to the phenomenon of “super-scoring”––a process whereby some colleges choose to combine the best overall section scores from all tests taken––across scores from the current (soon-to-be “old”) and New SATs. Even on the face of it, this is not an apples-to-apples comparison. Not only is the content on the New SAT significantly different from that of the current test, but the scoring scales themselves will be different. What do we mean? Though each section of the exam will still be scored on a 200-800 scale, the way the scores are calculated will change. Why? First, there are fewer answer choices in multiple choice questions (4 on the New test vs. 5 on the old); second, there is no more “guessing penalty”, whereby students lose raw points on questions they get incorrect; third, there are some question types (most noticeably in the Mathematics sections, but also in the Reading section) that are considerably more difficult than the current SAT’s counterparts. This means that, say, a 600 on the current SAT’s Math will not mean the same thing as a 600 on the New SAT’s Math. In fact, the College Board itself has not yet published concordance tables, which will allow us to know exactly how certain scores on the New SAT stack up to the old test’s scores. And even when we are able to compare the two directly, the scores still will have come from different exams testing different skills.

So, when you hear the question, “Can I super-score my scores from the old and the New SATs?”, you can confidently answer: it wouldn’t work if you tried.


Stay ahead of the curve. Receive study tips, test taking strategies, and exam news directly to your inbox.