ACT and SAT Scoring: What are the Averages for Colleges and Universities? 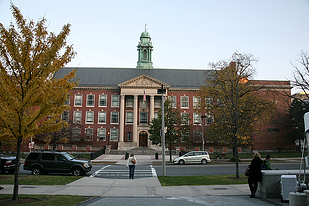 When juniors and seniors in high school begin eying college admissions requirements, the most important thing on their minds is the score. What are the average ACT or SAT scores for the school they want to get into?

Knowing the average can give students something to shoot for. The score varies for each school—but different types of schools usually have similar score requirements. As part of their admissions information, most schools will openly post the minimum score required to be admitted to the school.

It is important to note that schools will often take the "total package" into consideration if a student is one or two points shy of the minimum required score. But it's also important to keep in mind that, to receive academic-based from the school, a student's score needs to be well above the minimum!

For example, if a student has outstanding grades, a compelling admission essay, and has demonstrated leadership in school, then the admissions office may be willing to admit that student if his or her SAT or ACT scores fall slightly below the minimum requirement.

Even so, it's better not to depend on this possibility. If your student knows which schools he or she wants to send applications to, you can use this guide to determine what the score range is for that particular school.

Although competition for non-Ivy League private universities may not be quite as fierce, these schools still maintain superior admission standards. These schools are highly selective and will also look at the student as a total package, taking into consideration each student's extracurricular activities, scholastic progress, and entrance essay when making the final choice.

Public universities see the highest number of applicants and it can be difficult for students to stand apart from the crowd unless they are well prepared. This means a student must have good SAT or ACT scores, a good entrance essay, letters of recommendation, and a good scholastic record. It also helps if the student has shown development as a leader within his or her school.

Students who are from out of state may need to possess even higher credentials than those who live in state, so that must be kept in mind as well.

On average, students need to have SAT scores ranging from the 550s to the 700s in math, reading, and writing. For the ACT, scores of 24 or 25 or above in math, reading, and writing are good targets to shoot for. These scores vary widely by state: some states are happy with 19s, and will give scholarships for 25s. As with private institutions, it's important to check each individual university's requirements.