Based upon the recent information put forth by the College Board regarding the new SAT, and the corresponding analysis by Evan Wessler on previous blog posts, it would seem that although there are some “friendlier” aspects of the new SAT, it is by no means an easier test.

Ever since the College Board announced the upcoming changes to the SAT, I have, without fail, received the same complaint from each of my students:

“The test is going to be so much easier in the future.  It isn’t fair that I have to take a harder test now."

Every time I hear this complaint, I realize that my students have only superficially addressed the new SAT.  It is true that both the elimination of the guessing penalty and the exclusion of obscure vocabulary will most likely make the test more approachable for students and consequently lead to higher scores.  However, the point that is not being addressed is that these score increases will be nationwide, inevitably requiring students to score higher than ever before on the SAT in order to earn admission to college.

The key to this understanding rests on a statement that I share daily with my students:

“It is not essential to get a 2400 on the SAT, but it is only essential to score higher than other college applicants score on the test.”

It is true that I will need to modify this statement for future students, as the new SAT will be out of 1600 points and not 2400, but the essence of this statement remains true.  The simple fact is that with an “easier” test, students will find themselves having to score even higher to separate themselves from the pack and gain admission to the universities and colleges of their choosing.

So is the new SAT actually going to be easier?  Once again only time will tell, but regardless of the challenges, or lack thereof, that the new test brings along, students will have to work harder than ever to differentiate themselves from other students in an ever-increasing pool of college candidates.  This inevitability clearly stresses the importance of hard work and thorough preparation for all of the deciding factors in college admissions.  The bottom line is that the more that students work to improve their GPA and their SAT/ACT scores, the more likely they are to have a rewarding college application process.

As always, Method Test Prep is here to make those academic goals into realities.

Andrew graduated from Colby College in 2008 with a BA in Economics and Administrative Science.  After college, Andrew worked in the public school system, focusing primarily on small group Special Education.  Looking for a greater challenge, and a way to parlay his skilled small group instruction, Andrew joined Method Test Prep in 2011.  In addition to working with high school students on a private and semi-private basis to help them increase their test scores, Andrew works to develop and improve Method Test Prep’s tutoring curriculum to ensure that every tutor at Method Test Prep continues to have the skills and resources necessary to make a profound difference in the test performance of each and every student. 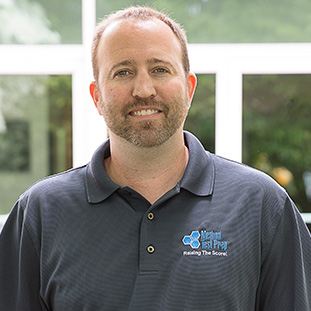